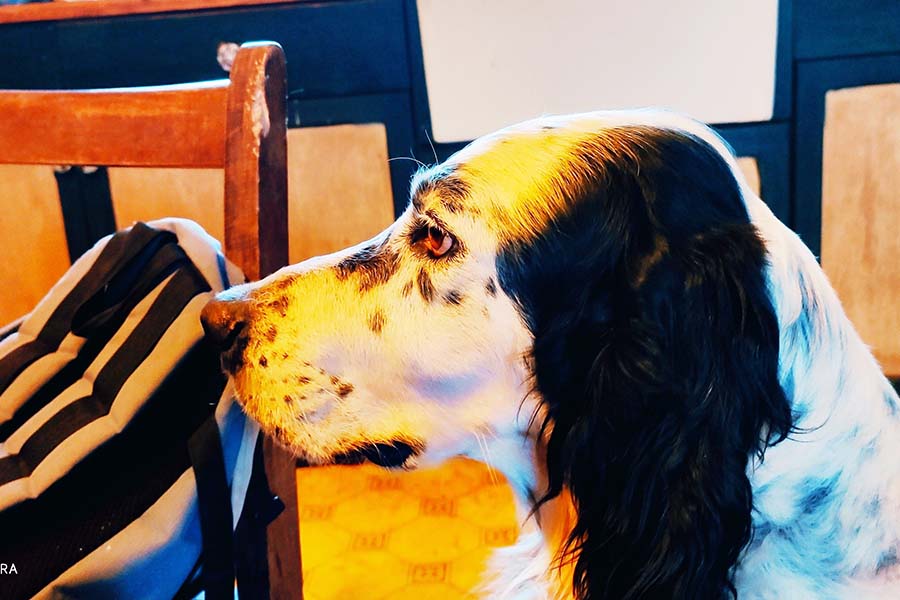 To me, that’s a daft question, I always have. The real question is why use dry dog food or over processed dog food. I have always fed raw meat to my dogs and my family’s dogs. Maybe a tiny bit of dried, for the crunch, as my grandmother used to say, when putting sugar on her pudding. Raw is the thing!

Wolves don’t have can openers, African hunting dogs, on the savannahs of east Africa don’t pop to Tesco for a bag of reconstituted weird stuff in a bag. We are a blink of an eye, in dog evolution from the millions upon millions of years of eating meat to suddenly dog food being conveniently profitable for big business to try to hoodwink dog’s stomachs to eat something completely different and WEIRD. So raw meat is natural.

My dogs have always eaten it and they top up with vitamins and minerals along the way by eating grass and what ever their bodies demand. 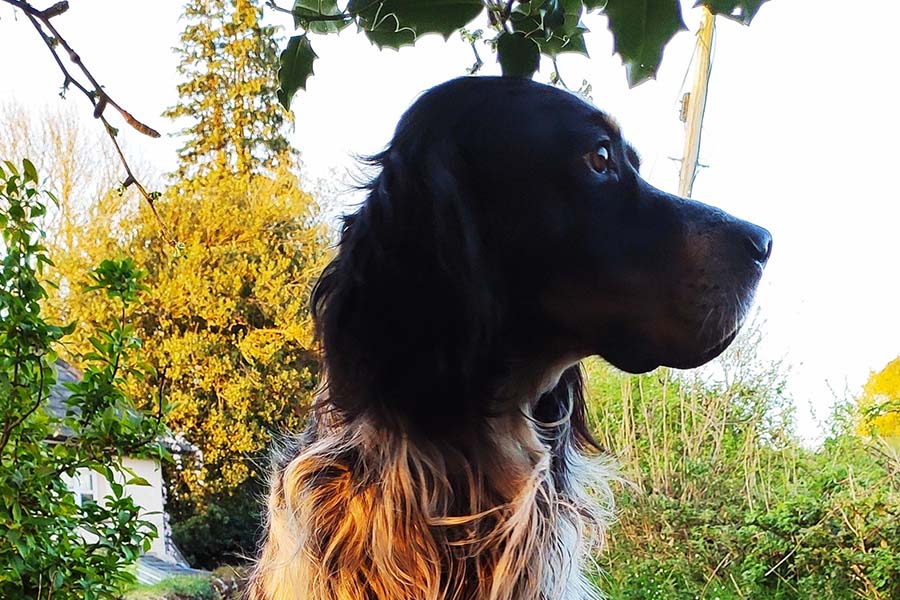 Stanley, pictured here, is an English Pointer. He is a flawed genius, brilliantly clever whilst completely potty. He is fast, agile, healthy, happy, alert and calm. He lives on raw meat but occasionally tops up with veg he steals from the garden. I have always used working dogs for the purposes they were bred for. So, Stanley’s job is to find game, he runs across big open fields and moorland, this is known as quartering, he does it because he has been bred to love to do it. When he finds a pheasant, he points at it, for hours, until it flushes (flies away). That part is his breeds purpose, originally they were netting dogs, they would point and lie down at the same time, so you could pull a drag net over their back and then over the partridges, the setter (or sitter as they were originally called), was pointing at, food in the net and fresh meat on the table, way before the gun was invented and way before supermarkets and the complicated food supply chain was invented.

The pheasant is then pursued by my goshawk and occasionally caught and eaten by me, Stanley gets the bits I don’t eat and it’s nice and safe as there is no shot in it. All natural, from the raw nutritious premium dog food, the natural pursuit and the man and dog sharing the end of the pursuit with no waste.

The other dog is Bear, he retired aged 13 from years of being a working dog, he advises Stanley on occasions by tottering up behind him and confirming that the smelly thing in the hedge is indeed a game bird. My raw meat fed dogs have always lived longer than is considered normal and stayed agile, full of good health and joy for life. Puffin, an English pointer (they point standing up), had twice the gallop of a setter, we measured it once, he covered 60 hard miles on a grouse moor in Scotland when he was 13 years old. He carried on for several more years of work and then stopped us opening the Aga door by sleeping against it for some time after retirement. Puffing was a genius but without the flaws, there was no door latch he couldn’t manage, he would let all the other dogs out by flicking latches, gripping door knobs in his teeth and turning them, fire escapes were his favourite, he barely broke his stride.